Call our office today to schedule your appointment!

Traumatic Injuries to the Mouth

Traumatic Injuries to the Mouth

How to Respond to Orofacial Trauma, Injuries and Post-surgical care

Whether you’ve just sustained and injury to the mouth or have just undergone a dental surgical procedure, we’ve compiled some general pointers so you’ll know how to respond

In the case of a traumatic injury, it is vital that you first check that the person who sustained the injury is stable.  Orofacial trauma occurs when the face or mouth is injured from a bump, fall or other type of impact.  Some incidents may appear more harmless than others.  Regardless, looks can be deceiving, so it’s always a good idea to check that the injured individual is stable. Essentially, you want to rule out any brain injury such as a concussion.  If you are presenting with any nausea, vomiting, loss of consciousness, unequal dilation of the eyes, or bruising at the base of the skull (at the back of the neck), you’ll want to make a visit to the emergency room immediately.

Bleeding will occur after any dental surgical procedure in addition to a traumatic injury.

If the cut is relatively mild, such as after accidentally biting your lip or tongue, try rinsing your mouth with a little ice water.  This shrinks some of the smaller blood vessels and can help reduce swelling and pain.  You can also apply a cold compress to the outside of your cheek for much of the same effect.  An ice cube can also be placed in the mouth until the bleeding stops and pain subsides.

In the case of a larger laceration, it is not uncommon to ooze blood for 24-48 hours after surgery or an injury.  Keep in mind that oral bleeding typically represents a little blood and a lot of saliva.  Saliva that is lightly tainted in pink typically does not reflect active bleeding and is more indicative of oozing.  If the saliva is saturated deep red that is a sign of active bleeding and measures should be put in place to control and stop the bleeding.

Placing a gauze pack over the area and biting firmly will control bleeding.  If oozing still is active but slowing down and hasn’t fully stopped, continue to replace the gauze as needed.  The key is to apply pressure onto the gauze in order to help seal off the capillaries and stop the bleeding.  If bleeding continues or begins again, sit upright, avoid physical activity, use ice packs on the side of the face where the injury or surgery was performed and bite down on gauze for 1 hour.  You can also try biting down on a moistened tea bag for 30 minutes.  The tannic acid in the tea bag helps to form a clot by constricting blood vessels.

If after an hour the bleeding hasn’t stopped despite your best efforts, call the surgeon who preformed the surgery for further directions as he may need to see you.  If the bleeding is from an injury and hasn’t stopped or slowed down to just an oozing, proceed to the emergency room for further evaluation.  Active bleeding that has not slowed down is considered an urgent emergency and requires medical attention.  In addition, cuts that have large separated edges, appear to be deep, are filled with dirt or other debris or are showing signs of infections such as redness, swelling and drainage should also be immediately evaluated by an oral surgeon or emergency medicine physician.  Further care and sutures may be warranted.

Once the bleeding stops, get a tube of antibiotic cream made especially for oral sores (like Orajel).  These creams typically have numbing agents that can help dissipate the pain.

Avoid heavy brushing or flossing around the affected area, as well as alcohol-based mouthwashes, which can cause stinging.  The same applies to acidic, spicy, crunchy or excessively salty foods.  Instead, stick to warm salt water rinses every few hours and a soft diet.  Please avoid popcorn, nuts and seeds for the next few weeks so they do not contaminate the healing site.  In addition, here are some further guidelines to consider while you heal:

Swelling – Swelling is normal occurrence after any surgery or traumatic injury.  Swelling usually will not reach it’s maximum state until 24-48 hours after the time of surgery or the injury taking place.  However, the swelling may be minimized by the immediate use of ice packs.  An ice pack should be applied to the sides of the face where the injury or surgery occurred.  if an ice pack is not available, a zipper lock bag filled with ice will also suffice.  Place the ice 20 minutes on and 20 minutes off as much as reasonably possible for the first 36 hours.

Pain – Discomfort is to be expected after any injury or dental surgical procedure.  If your surgeon gave you pain medication, take it as prescribed.  For mild to moderate pain following an injury, we recommend over the counter anti-inflammatory medications such as Tylenol or Motrin.  The medication should be taken every 6-8 hours as needed and as directed.  Aspirin should be avoided since it can promote bleeding.

Antibiotics – Depending on the extent of the injury, antibiotics may be prescribed to help prevent infection.  If you have been placed on antibiotics we recommend that you take a probiotic along with them to help keep your digestive system healthy and intact in an effort to help avoid possible side affects.  Probiotics can be purchased at your nearest pharmacy or simply eating yogurt will do the trick since yogurt has live active bacterial cultures that can keep the intestines happy and healthy while taking antibiotics.  It is also important to finish the entire course of the antibiotics as prescribed regardless of any improvements that have taken place with your injury.  Stopping the course prematurely will put you at risk for that particular antibiotic to not work on you in the future.

Tobacco – Smoking of any type along with chewing or dipping will retard healing and cause increased discomfort.  These habits are strongly discouraged during your healing phase and should be discontinued to avoid possible post-operative complications

Activity – Activities after surgery or a major injury should be couch or bed rest for the first day or two.  Bending, lifting heavy objects or strenuous activity should be done with caution as they can increase risk of bleeding, swelling or other complications.  Exercise should also be avoided for the first 2-3 days following surgery or a significant injury.

Back to Dental Emergencies

Call our office today to request your appointment. 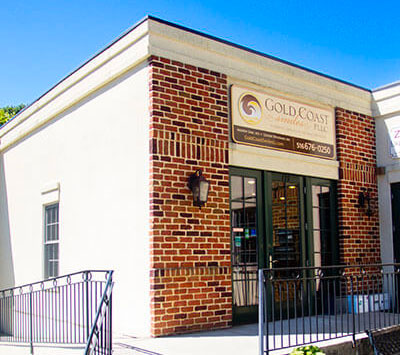